Facebook Stories are updates like Snapchat and Instagram that last for 24 hours. This Facebook feature is different from status and don’t stick around. Here’s some interesting facts and trends you should know and don’t forget to check other marketing tips on Brew Interactive:

Introduced to users in year 2006, the News Feed is the best innovation by Facebook. Since inception, it became the standard method for people to share their daily updates, connect with their family and friends and follow their favorite brands. It played a significant role in Facebook’s jump to advertising dominance.

For around ten years, the News Feed was the most popular feature on Facebook. However, for past few years, this most prominent social media platform has been sealed into a fight with misinformation, disturbed by confidentiality subjects. It was also facing failure in original content including videos, images and status updates by users.

It’s the biggest social media platform with above 2.2 billion users around the world.

According to a report, the average Facebook user accesses his account eight times in a day, and above 1 billion individuals log in to this powerful social network every day.

2. The growth of Stories

At this time when the News Feed was facing several problems, a new format called, Stories has arisen.

Though just 10 percent of Facebook’s 1.45 billion regular active handlers have accepted story feature, according to the Statistica report, Facebook’s Snapchat replicas are winning the game. 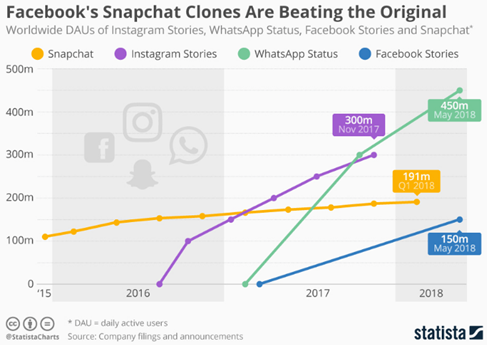 The report shows that Facebook Stories are presently the slightest adopted out of all these apps, but seeing the fact that Facebook is determined to thrust the Stories feature, the scenario is soon going to change.

The very first time, stories format was introduced by Snapchat in 2013, it became instantly popular among users, and it’s swiftly becoming the preferred set-up for content creation and consumption. According to a report by a leading consulting firm, around 1 billion accounts are making the use of stories format regularly. It’s on the way to surpass feeds as the excellent way users share things with their followers and friends.

4. Facebook Stories provide an effective approach for businesses and advertisers

At present, Facebook Stories feature has around 150 million active users, and because many users are moving from the News Feed to Stories, this figure will continue to grow.

Also, Facebook Stories last only for 24 hours, they have an earnestness that most other kinds of social media sharing don’t.

Facebook stories adoption is slower as compared to Instagram stories with 150 million users in just five months. However, Facebook’s pace is almost 3 times slower (11 million monthly users in the time span of 14 months). From generating the status creator and story conception on mobile, to including story preview tiles, Facebook is continuously running assessments and researches to acquaint more of its users with stories.

More than 46 percent of users on Instagram find that stories format on Instagram allows them to be more dependable in their interaction with their family and friends, a vital aspect that Facebook would like to encourage on its star invention too. 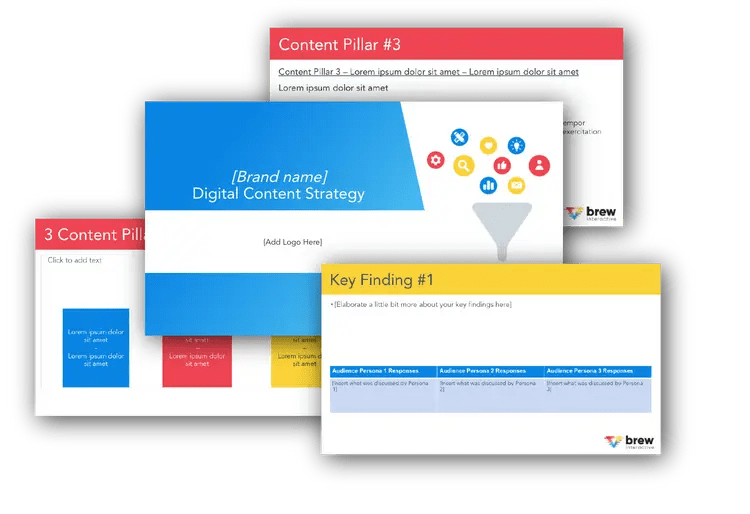 Not sure where to start when it comes to your content strategy? Struggling to gain traction? Grab our free B2B content strategy template to help you document your strategy.

All in all, it’s a sigh of relief to say that Facebook is continuously making changes in Stories format. However, when we talk about the huge platform like Facebook, no revolution is ever simple.

Additionally with Facebook’s push to create and adapt features as per the latest trends and international users, it’s also integrating popular apps such as GoPro, Spotify and SoundCloud straight into Facebook. With this attempt, Facebook not just grows features and functionality on stories, but also makes sure that visitors receive an inclusive experience without requiring to leave the site.

While Snapchat is focused mostly on being a U.S.-based “trend” hit, Facebook is set on Stories acceptance from almost all over the world.

8. At present, stories are a major part of an advanced social media tactic 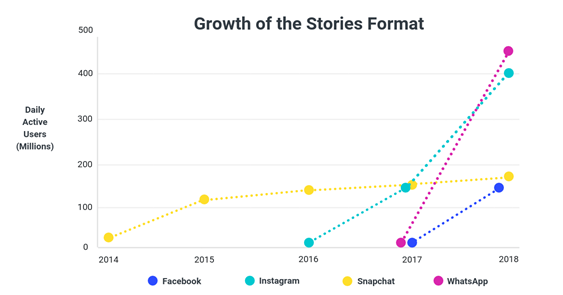 According to a study, around 80 percent of businesses use Instagram stories worldwide. Most of the users admitted that they become more interested in a product or a brand after seeing it in Stories.

Since the user statistics continue to rise on Facebook Stories, it will be really useful for your business growth.

Stories provide a great way to share genuine and unfiltered content with your viewers. You can give a look at what’s going on at the business regularly and connect with the audience. Less polished and real content on stories performs better than profoundly generated videos; thus you don’t need to be concerned about the production quality of video content. Instead, focus on creating a convincing story.

9. Research and experiment with Stories Ads

Stories ads are the latest accumulation to Facebook’s ad catalog that allows businesses to share short video or image-based ads. It’s quite easy to begin with Stories ads as you can also use a tool to design great pictures for your Stories ads.

It’s extremely powerful on Instagram, as it can help you to boost your follower numbers in a faster way. The Stories provide brands the opportunity to repost their audiences’ content at a quicker pace than in the feed — the Stories aid you to share 11-12 posts from followers. 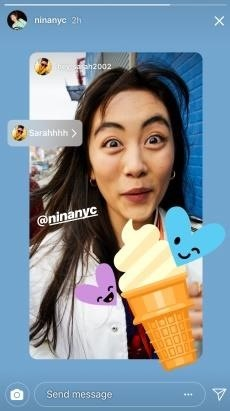 So are you planning to make the most of social media platforms, start using stories now! 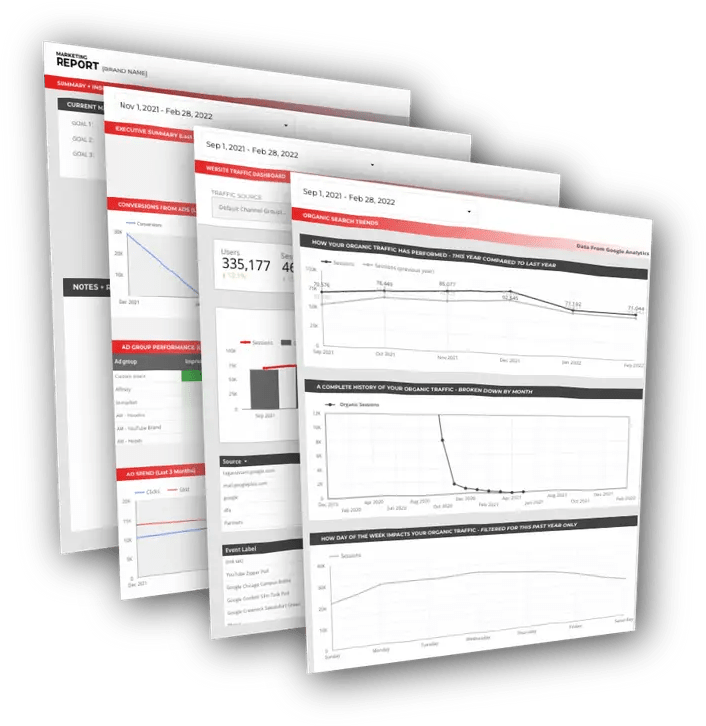 Improve your marketing reporting with our free DataStudio template that pulls data from Analytics, Google Ads, and Search Console to get a 360 degree view of your digital performance.

Get proven actionable insights delivered to your inbox

Learn what the pros do differently. Receive one email per month with actionable marketing ideas

Guaranteed to make you look smarter.
(Cuz you will be.)

Start every week with all the digital marketing stories, data, teardowns, case studies, and weird news you need to drop in your next marketing standup meeting.

No ads. No sponsorships. No crap. Unless it’s hilarious crap. We love that.